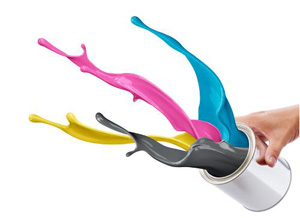 Hollow glass beads is a small density, glass microspheres lightweight, high strength. The main ingredient is Sio2 and Al2o3, because of its unique chemical properties, physical properties, and hollow spherical, compared with ordinary glass beads, light weight, low density, good heat insulation performance characteristics, is thermal insulation coatings the main raw material. Because of its smaller particle size, equal to or greater than the ordinary paint fineness of the filler, which can be added directly to the filler coating systems, the coating having a cured coating film formed by thermal insulation properties.

Hollow glass microspheres Application Features:
There filling performance energy efficient, low low oil, density, added 5% (wt) will be able to make the finished product increased by 25% to 35%, so as not to increase or even reduce the cost per unit volume of the coating. Hollow glass beads particles confined hollow spheres added to the coating formation of many independent microscopic cavity insulation, thus greatly improving the coating on the thermal and sound insulation, play a very good thermal insulation and noise reduction effect. The coating has a more waterproof, anti-fouling, corrosion resistance. When the surface of the hollow glass microspheres are chemically inert chemical resistance, as the film tightly packed particles of glass beads, the formation of low porosity, the coating formed on the surface of the moisture and corrosion caused by the blocking effect of ions protective film, played well protective effect.

Hollow glass beads spherical structure makes the impact force and stress have a good dispersion, added to the paint can well improve the resistance to external impact properties of the film, and the coating can be reduced due to thermal expansion and contraction the stress cracking.

Filling the hollow glass microspheres can effectively reduce other expensive fillers and pigments dosage (compare with titanium dioxide, but its volume costs beads 1/5) effectively enhance the adhesion of the coating. Low oil absorption properties of glass beads so that more resin can participate in film formation, so that the adhesion of the coating increased 3 to 4 times.

Suggested Use:
Generally added in an amount of 10% by weight of the whole surface-treated beads and low density, so that the paint during storage prone to viscosity increases and the floating phenomenon, we propose to increase the initial viscosity of the coating increases thickener (via the added amount of the viscosity control in 140KU above), and not because the viscosity is too low to generate the floating phenomenon, and each system in the particulate material in a decrease in activity due to the high viscosity of such a case, but is conducive to the stability of viscosity control.

Proposal to add the following methods:
In order to take full advantage of the characteristics of the hollow microspheres, recommended adding a last resort, that is added to the beads into the final as low speed mixing equipment dispersed using low shear force, because the spherical beads mobility well, between the friction is not large, so it is easy to disperse. You can complete a short wet, slightly extended mixing time to achieve uniform dispersion.

Beads chemically inert, non-toxic. However, because of a very light, so they need special attention added.Recommended stepwise addition method, which is the amount for each remaining 1/2 beads gradually added, this can be good to avoid beads float into the air and dispersed more complete.