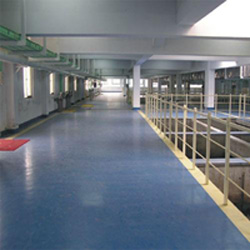 As people grow older, will be aging. Other objects is no exception, especially in this fast-paced, high-tech bad environment, are more prone to corrosion phenomena. How long can effectively guarantee its original appearance, the quality of this off is really important, but the follow-up of protection and remedial measures should also do bits.
Some pipeline, the pipeline due to the long exposed, easily and corrosion affected by a bad environment, glass bubble was born, ushered in a glorious era of anti-corrosion materials. Epoxy anti-corrosion coatings, for example child. Epoxy resin film material, adding a certain amount of pigments, fillers, additives, solvents and other preparation of the coating, called epoxy anti-corrosion coatings. Because the molecular structure of epoxy resin containing highly polar hydroxyl and ether bond, so the coating chemical resistance, alkali resistance, better heat alkaline medium. Because of its structural rigidity and benzene-containing hydrocarbon chain and the first type are arranged alternately, so the physical and mechanical properties of the film is quite good. Due to the presence of polar groups, so that there will be some of the hydrophilic coating, if the recipe right choices, but also to get a good water resistance of the coating. Epoxy anti-corrosion coatings of many varieties, the most widely used are amines or derivatives thereof, epoxy curing epoxy coatings and anti-corrosion coating of asphalt.
In recent years, solvent-free epoxy anti-corrosion coating has been applied, water and milk epoxy anti-corrosion coatings are promising. As long as social development, anti-corrosion material is necessary, it's a great prospect, this reflects the diversity of the material.
Previous: Beautify the city's secret tool
Next: Tanks, pipelines and processing container preservative