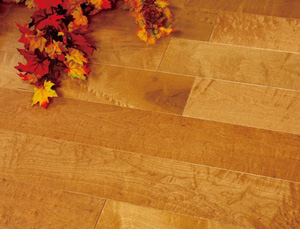 The past 20 years, hollow glass microspheres as a filler, its value is being increasingly recognized, and its function has been to reveal a large number of studies. Under appropriate processing conditions, adding glass microspheres of polymers generally have excellent impact, creep and heat resistance, dimensional stability capacity, insulation, rigidity and stress damping material also increased.
Glass bubbles were prepared by either manual temperature legal system, can also be extracted from the pulverized coal thermal power plant emissions in the class, which will not only reduce environmental pollution, reduce product costs, but also increase the value of fly ash. Cenospheres already sell goods abroad, and our business has not been mass production of such materials, the recent Sinosteel Maanshan New Material Technology Co., Ltd. established a ton of production equipment, can produce a density range of 0.25~2.24g/cm3, the particle size range 0~2.5μm object hollow glass bubbles, the microspheres are cooled by the combustion of coal at high temperature is formed by glass bubbles do filler, targeted studies its polypropylene (PP) in application properties, the activation treatment is not investigated and KH-550 coupling agent were glass bubbles activation treatment on PP tensile strength, impact strength, rheological properties, fracture morphology of shocks.
Glass bubble surface due to a small amount of hydrophilic hydroxyl groups and a large number of silicon-oxygen silicon bond, hydrophilic, while the PP is hydrophobic, so compatibility between the difference, the interface is difficult to form a good bond. Therefore, in order to improve the interface filler and resin bonding must adopt appropriate methods of surface modification microspheres. Silane coupling agents are commonly used filler coupling agent, a functional group-containing molecule 4, glass fiber, silicate, silica, alumina, clay and other fillers significant effect. In order to improve the reinforcing effect of glass microspheres, paper, silane coupling agent KH-550 on Particle activation treatment, in order to enhance the interfacial adhesion or compatibility between PP and filler.
After filling glass microspheres activated PP, glass microspheres and between PP and form a relatively good bonding interface, and can promote improved glass microspheres uniformly dispersed in the resin, so add the appropriate amount of glass bead composites pull tensile strength has increased to some extent. However, due to hollow glass microspheres surface active groups rarely, so the use of a coupling agent KH-550 after its activation, the force and the surface of the glass microspheres PP macromolecules has not been greatly improved, when activated glass After a large number of microspheres added to the PP plastic, glass-bead reunion due to the aggregation occurs, eventually leading to the tensile strength of the material decline. Impact strength, since the activation between the glass microspheres and PP there is a relatively good bonding interface, resulting in the activation of glass microspheres at the crack interface between the expansion ratio and polypropylene interface extensions unactivated between glass microspheres and polypropylene need to consume more energy, and therefore the impact strength is higher than the non-activated system. But apparently not caused due to glass microspheres crazing, shear zone, the interface is not strong cavitation, so as to improve the content of glass microspheres, the impact strength of the material decline.
Previous: Development of Chinese history and status of reflective materials industry
Next: Reinforced foam, hollowglass microsphere is a good helper